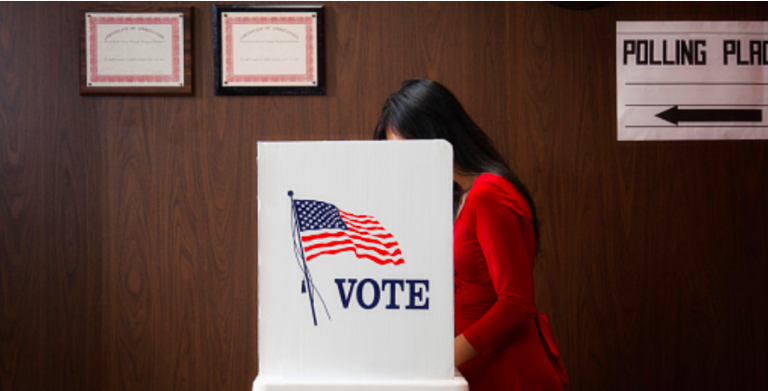 Presented by the Asian/Pacific/American Institute at NYU. Co-sponsored by the NYU Center for the Study of Gender and Sexuality.

For much of their history, Asian/Pacific Americans have been marginalized in political discourses in the United States and North America, and, when they are visible, they are often cast as “model minorities” or foreign interlopers. The realities of Asian/Pacific/American political engagement have always been more diverse and complex than mainstream representations suggest. The significance of A/P/A political experiences has become even more apparent in the last several years, as Asian/Pacific Americans constitute the fastest-growing segment of eligible voters in the US. While the most visible examples of A/P/A activism highlight an entrenched racial conservatism (for example, opposition to affirmative action and integration of specialized high schools in New York City), this group’s growing political mobilization has also been marked by a major shift to the left on many issues. As the  momentous 2020 elections draw near, we explore grassroots and electoral politics, as they shape and affect A/P/A constituencies, as well as the ways in which political mobilization and voter suppression tactics impact their democratic participation. What constitutes A/P/A politics in the twenty-first century? How do we account for the diversity in A/P/A communities (including those who are unable to vote)? How does the present moment parallel and diverge from historical precedents? What role will Asian/Pacific Americans play in the 2020 elections and beyond?

Accessibility Note: This event will be hosted virtually on Zoom. A Zoom account, internet access, and a smartphone or computer is required. Closed captioning will be provided for all audio. If you have any access needs, please email apa.rsvp@nyu.edu as soon as possible.

Janelle Wong is professor of American Studies and Government and Politics at the University of Maryland, College Park. She is a core faculty member in the Asian American Studies Program. Her research is based on many surveys that capture the political attitudes and behaviors of the Asian American population, including the 2016 National Asian American Survey and the 2020 Collaborative Multiracial Post-Election Survey. Her most recent book is Evangelicals, Immigrants, and Politics in an Era of Demographic Change (Russell Sage Foundation, 2018).

Grace Choi is the director of policy in the New York City Mayor’s Office. Recently, she served as the constituency director for Asian American & Pacific Islander Outreach for the Stacey Abrams for Governor Campaign. Previously, she was the associate director for Global Gender Policy and Advocacy at Save the Children. She served in President Obama’s Administration as policy advisor in the Secretary of State’s Office on Global Women’s Issues and as staff assistant in the White House Liaison’s Office at the U.S. Department of State. Choi is a Council on Foreign Relations Term Member, is a Council of Korean Americans Member, was a Member of the White House National Security Leadership Workshop, and served on the Conference on Asian Pacific American Leadership Board of Directors as Vice Chair for Programs. She holds a Master of Arts in Law and Diplomacy from the Fletcher School at Tufts University and a Bachelor of Arts from Boston College.

Anjali Enjeti is an award-winning journalist who writes about books, politics, and social justice. Her work has appeared in the Atlanta Journal-Constitution, Al Jazeera, Boston Globe, Washington Post, and elsewhere. Her essay collection, Southbound, about how identity propels social change, and her debut novel, The Parted Earth, will be published in the spring of 2021. She is the co-founder of the Georgia chapter of They See Blue, an organization for South Asian Democrats. She teaches creative writing in the MFA program at Reinhardt University and lives with her family near Atlanta.

Linh Nguyen is a democratic strategist and an organizer at heart. She comes from years in electoral politics both in Canada and in the US, and specializes in building outreach strategies for communities of color and young voters, with a specific focus on Asian Americans. In 2016, she worked for the Bernie Sanders presidential campaign, mobilizing different constituencies on the National Political team, joined governor races in New Jersey and Virginia shortly after, and during the 2018 midterms, was the Special Projects Director for Beto O’Rourke’s US Senate race in Texas. Since November 2018, she managed two special elections in Houston, winning both that sent two Latina community leaders to the Texas state capitol. She jumped into the 2020 presidential primary with Senator Cory Booker as his Director of Coalitions. Nguyen recently launched a super pac, PAC that A$$, a creative incubator for politics, comedy, and culture that speaks to young Black & Brown voters, and is the Political Director for #TheNew campaign, a collaboration between RUNAAPI and Meena Harris’s Phenomenal Woman.