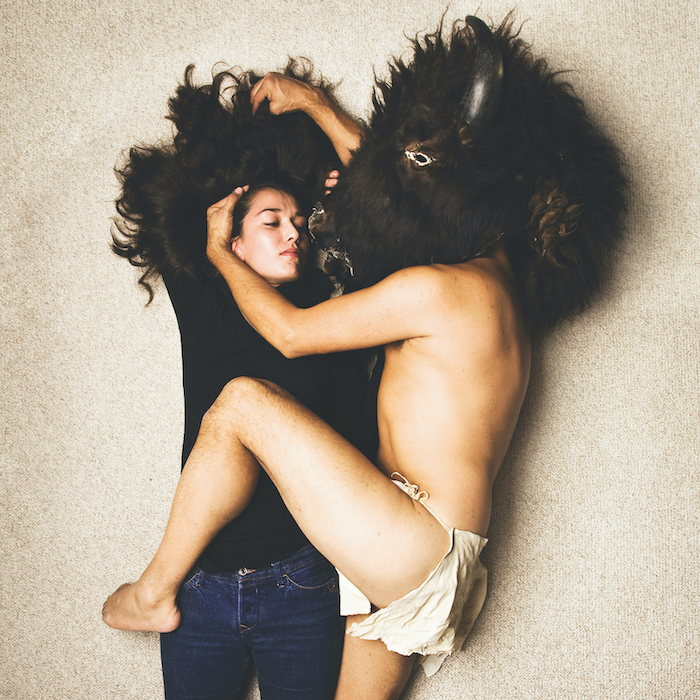 In Intimacies of Four Continents, Lisa Lowe shows how capitalism and modernity emerged from the history of colonial encounters, which coerced intimacies among America’s Indigenous peoples and the Africans and Asians brought to this continent for the extraction of labor by European settlers. The violence of these colonial intimacies must be masked, Lowe argues, so that narratives of modernity and progress spread by Europeans maintain their luster. Our panelists discuss what happens on the other side of the mask, addressing the new modes of kinship, collectivity, recognition, solidarity—of decolonial democracy, equality, and representation—that also emerged in the face of colonial violations. Profs. Joanne Barker, Reid Gómez, and photographer Cara Romero discuss the forms of intimacy that flourished in the shadow of violation, and share with us how these decolonial intimacies are and have always been global. They elucidate circuits of intimacy that followed and exceeded circuits of commerce. Prof. Lisa Lowe will be their interlocutor.

Joanne Barker is Lenape (a citizen of the Delaware Tribe of Indians). She is professor of American Indian Studies in the College of Ethnic Studies at San Francisco State University. Her books include Red Scare: The State’s Indigenous Terrorist (UC Press, 2021) and Native Acts: Law, Recognition, and Cultural Sovereignty (Duke U Press, 2011). She serves on The Segorea Te Land Trust Board.

Cara Romero is an enrolled citizen of the Chemehuevi Indian Tribe. She is a fine art photographer and visual storyteller raised between her Indian reservation and big city sprawl. Romero has spent her career reimagining American art and culture through a Native American, female perspective for those who have been invisible to the larger society. Shaped by 25 years of formal study and artistic practice, Romero’s photography blurs the lines between fine art and activism to tell dramatic stories influenced by cultural memory, collective histories and her own personal experiences. Her photographs subvert preconceived notions about Native peoples and art, inviting viewers to question the stereotypes that directly contribute to issues Native communities face. Intentional use of color and dramatic staging define her work as it enters the realm of storytelling where Indigenous worldviews reflect the supernatural in everyday life. With subject matter that ranges from pop culture to otherworldly mythos— Romero’s photographs of tribal stories and identities challenge viewers to rethink preconceived notions Native art and people. Now in her mid-career, Romero’s award-winning photography has been acquired by major institutions including The Met and The MoMA. She has been commissioned to create monumental-scale public art including the 2019 Desert X Biennial and NDN Collective’s #TONGVALAND billboard series in Los Angeles. Mother of three, Romero travels between Santa Fe and the Chemehuevi Valley Indian Reservation, where she maintains close ties to her tribal community and ancestral homelands.