Latinx at 50: At the Vanguard of Ethnic Studies

Join us as we celebrate, reflect and uplift the 50th anniversary of Latinx Studies. During part one of this two-part symposium, our distinguished faculty alongside pioneers and field-shaping scholars discuss Latinx Studies’ far-reaching legacy.

Please contact the Latinx Project at NYU for more information.

Frances R. Aparicio is Professor Emerita at Northwestern University, where she taught in the Department of Spanish and Portuguese and served as Director of the Latina and Latino Studies Program for eight years. She has previously taught at Stanford University, University of Arizona, University of Michigan, and University of Illinois at Chicago. Her research interests include Latina and Latino literary and cultural studies, the cultural politics of U.S. Latino/a languages, Latino/a popular music and dance, literary and cultural translation, cultural hybridity, transnationalism, Latinidad, and mixed Latino/a identities. She is author of the award-winning Listening to Salsa: Gender, Latin Popular Music and Puerto Rican Cultures (Wesleyan 1998) and more recently, in 2019, of Negotiating Latinidad: Intralatina/o Lives in Chicago (University of Illinois Press).  She has co-edited various critical anthologies, including Tropicalizations: Transcultural Representations of Latinidad (University of New England Press, 1997), Musical Migrations (Palgrave, 2003),  Hibridismos culturales (Revista Iberoamericana, 2006), and the Routledge Companion to Latino/a Literature (2013).   A founding editor of the Latino Studies Journal, she also initiated the Latinos in Chicago and the Midwest Book Series at the University of Illinois Press, to foster book publications and new research on Latinx in the Midwest. She is currently writing a book about Marc Anthony’s most canonical songs as sites for critical reflections on identity, colonialism, race, and global solidarities.

Dr. Virginia Sánchez Korrol, a historian and creative writer, holds a Doctorate from the State University of New York at Stony Brook. Throughout an extensive academic career, she has documented the Puerto Rican and Latino experience in U.S. History focusing primarily on community development and women’s diverse roles from the 19th century to the present. In 1978 she joined the faculty of the Puerto Rican Studies at Brooklyn College, and published From Colonia to Community: The History of Puerto Ricans in New York City, breaking new ground in the emerging field. Among her publications the award-winning  Latinas in the United States: A Historical Encyclopedia, co-edited with Dr. Vicki L. Ruiz, became the first scholarly collection to detail the lives of America’s Latinas from 1565 to 1960. Dr. Sánchez Korrol serves on the Center for Women’s History’ Scholars Advisory Board at New York Historical Society, and on the Board of Directors of Arte Público’s Recovery Project. She received the 2020 Herbert H. Lehman Prize for Distinguished Service to New York History, and was historical consultant for the Spielberg and Kushner 2021 West Side Story.

Silvio Torres-Saillant is Professor of English and Dean’s Professor of the Humanities at Syracuse University, where he held the William P. Tolley Distinguished Teaching Professor in the Humanities, directed the Latino-Latin American Studies Program, and co-founded La Casita Cultural Center. Founder of the CUNY Dominican Studies Institute at The City College of New York, he serves on the Editorial Board of the University of Houston’s Recovering the US Hispanic Literary Heritage Project and on the Advisory Board to the Molina Family Latino Gallery scheduled to open in 2022 at the National Museum of American History, while serving as Associate Editor of the Palgrave journal Latino Studies. His books include Caribbean Poetics: Toward an Aesthetic of West Indian Literature (1997; 2013); The Dominican Americans (1998, with Ramona Hernandez) and The Once and Future Muse: The Poetry and Poetics of Rhina P. Espaillat (2018, with Nancy Kang).

Patricia Zavella is an anthropologist who received her Ph.D. from the University of California, Berkeley. She is Professor Emerita of Latin American and Latino Studies at the University of California, Santa Cruz.  She has published extensively in Chicanx-Latinx studies and feminist studies on issues related to poverty, family, sexuality, work, transnational migration, and social activism. Her latest book is The Movement for Reproductive Justice: Empowering Women of Color Through Social Activism (New York University Press, 2020).

NYU Faculty who will be in conversation with our esteemed speakers include:

Cristina Beltrán is an Associate Professor in the department of Social & Cultural Analysis at New York University. A political theorist by training, her research focuses on modern and contemporary political theory, Latinx and U.S. ethnic/racial politics, feminist and queer theory. She is author of The Trouble with Unity: Latino Politics and the Creation of Identity (Oxford University Press, 2010), which received numerous awards, including the American Political Science Association’s Ralph Bunche Award and the Casa de la Américas prize for the best book on Latinos in the United States. Her new book, Cruelty as Citizenship: How Migrant Suffering Sustains White Democracy was published in 2020 with the Forerunner Series at the University of Minnesota Press.

Irvin Ibarguen is a historian of the Americas, with interests in migration, transnational phenomena, and government policies to regulate these. His book project—Faucet Politics: The Fight for Mexico’s Migratory Flows, 1940-1970—rescues the history of businesses, politicians, peasants and other people in Mexican society who opposed large-scale Mexican migration to the U.S. and sought to orchestrate the movement of Mexican people more fruitfully within Mexico. His writing has received the support of the Mexican Government’s Ministry of Foreign Affairs, the Harvard Weatherhead Center for International Affairs, the Charles Warren Center for Studies in American History, and the David Rockefeller Center for Latin American Studies. At New York University, he teaches courses on Latino/a history, the spatial turn, and modern American history.

Urayoán Noel is the author of In Visible Movement: Nuyorican Poetry from the Sixties to Slam (University of Iowa Press) and eight books of poetry, including Buzzing Hemisphere/Rumor Hemisférico and Transversal, both with the University of Arizona Press. As a translator of Latin American poetry, he has been a finalist for the National Translation Award and the Best Translated Book Award. His international performances include Poesiefestival Berlin, Barcelona Poesia, and the Toronto Biennial of Art, and his work has been selected for exhibition at the Museum of the City of New York, the Museo de Arte de Puerto Rico, and Taller Boricua. Originally from Río Piedras, Puerto Rico, Noel lives in the Bronx and teaches at New York University.

Alexandra T. Vazquez’s research and teaching interests focus on music, U.S. Latina/o and Latin American Studies, Caribbean aesthetics and criticism, race and ethnicity, and feminist theory. Her book, Listening in Detail: Performances of Cuban Music (Duke University Press 2013), won the American Studies Association’s Lora Romero Book Prize in 2014. Her work has been featured in such journals as small axe, American Quarterly, Social Text, women and performance, and the Journal of Popular Music Studies; and in the edited volumes Nonstop Metropolis: A New York City Atlas, Reggaeton, and Pop When the World Falls Apart.  Prior to coming to NYU, Vazquez was an Assistant Professor in the Department of English and Center for African American Studies at Princeton University (2008-2015) and a Postdoctoral Associate in the Program in Ethnicity, Race, and Migration at Yale University (2006-2008). Her latest book project The Florida Room is forthcoming from Duke University Press. 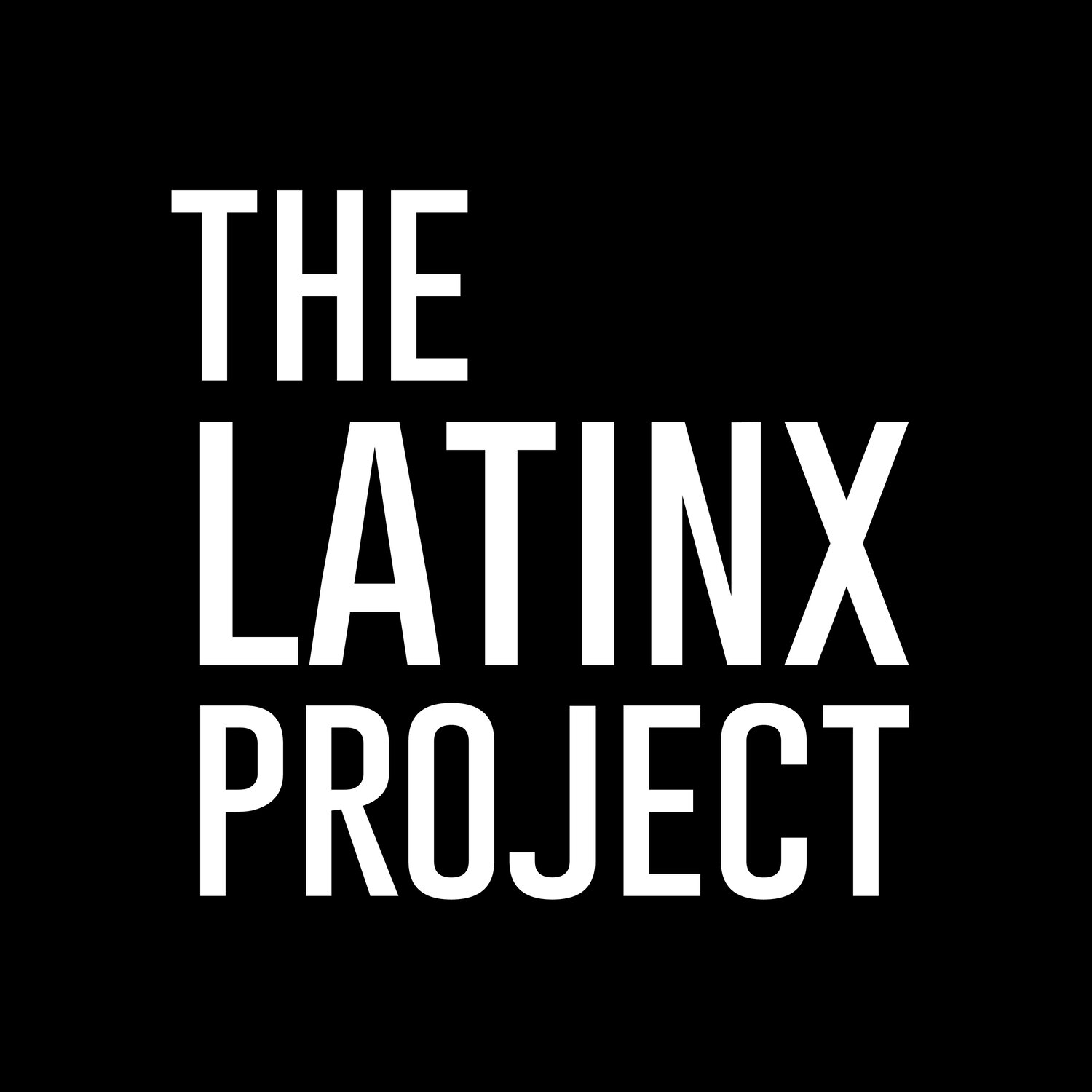 The Latinx Project at NYU

0 replies on “Latinx at 50: At the Vanguard of Ethnic Studies”