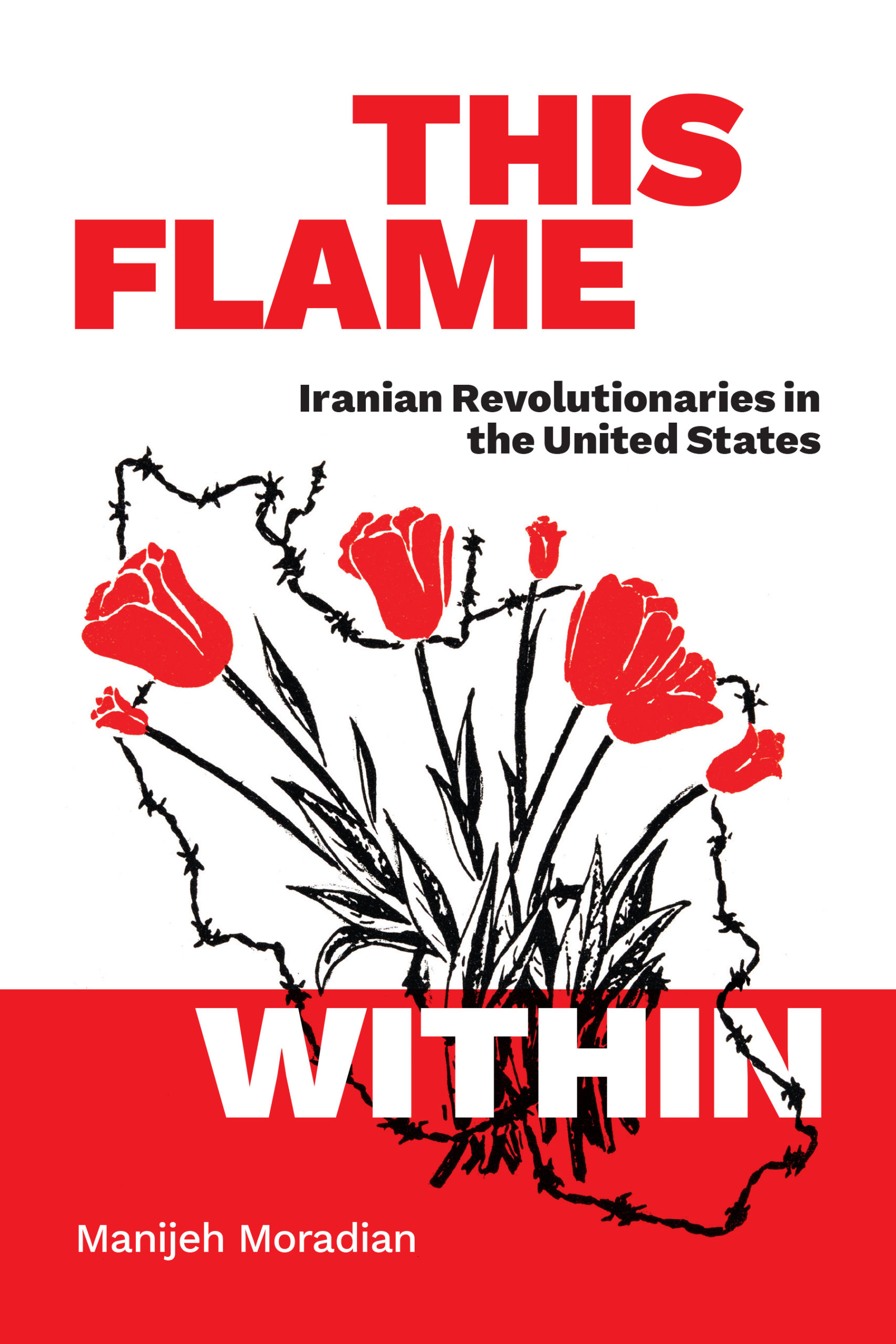 This Flame Within: Iranian Revolutionaries in the US

This Flame Within (Duke University Press, December 2022) tells the story of Iranian foreign students who came to the US in the 1960s and 1970s and joined a global uprising against US imperialism. The book investigates the transnational process that shaped revolutionary subjectivity and fueled a movement to end US support for the Shah of Iran. Drawing on in-depth interviews with veterans of the Iranian Students Association, the US affiliate of the Confederation of Iranian Students, as well as extensive archival research, the book traces “revolutionary affects” from encounters with imperialism and dictatorship in Iran to joint organizing with other radicalized student activists in the US. In the context of antiracist and anticolonial movements, the revolutionary affects of differently targeted populations converged into an “affects of solidarity,” an embodied force that animated Third World internationalism. Locating Iranian foreign students as participants in the Afro-Asian connections that marked a highpoint of the era, the book considers the gendered aspects of revolutionary affects as the conditions of possibility for the emergence of Third World feminism.

Karen Buenavista Hanna is an Assistant Professor of Gender, Sexuality, and Intersectionality Studies at Connecticut College. She has published over a dozen academic and popular essays including in Frontiers: A Journal of Women Studies, Amerasia, Hypatia, American Quarterly, ALON, CUNY Forum, and Hyphen Magazine. Her experiences as a New York City public school teacher and community organizer prior to her doctoral studies inspire and shape her pedagogy and research. Over the past two decades, she has been involved in various movements including with and for Filipino domestic workers and immigrant restaurant workers in New York City and projects devoted to transnational anti-imperialist solidarities, healing work, disability justice, and women of color and queer and trans survival. She is currently writing her first book manuscript, Revolutionary Intimacies: The Makings of a New Filipina/o American Left.

Manijeh Moradian is assistant professor of Women’s, Gender and Sexuality Studies at Barnard College, Columbia University. Her book, This Flame Within: Iranian Revolutionaries in the United States, was published by Duke University Press in 2022. Her essays and articles have appeared in Hyperallgeric, American Quarterly, Routledge Handbook of the Global Sixties, Scholar & Feminist online, Women’s Studies Quarterly, Comparative Studies of South Asia, Africa, and the Middle East, Social Text online, jadaliyya.com, and Callaloo. She is a founding member of the Raha Iranian Feminist Collective and a member of the editorial board of the Jadaliyya.com Iran Page.

Mitra Rastegar is a Clinical Associate Professor in Liberal Studies at New York University. Rastegar earned her Ph.D. in sociology from the Graduate Center of City University of New York. Her book Tolerance and Risk: How US Liberalism Racializes Muslims, published in 2021 by University of Minnesota Press, examines the circulation of media discourses about Muslims and Muslim Americans as objects of tolerance and sympathy. Her scholarship has also been published in GLQ: Journal of Lesbian and Gay Studies, WSQ: Women’s Studies Quarterly, and International Feminist Journal of Politics. Rastegar’s research and teaching interests include cultural studies, liberalism and secularism, race and racialization, and transnational feminism.

Co-sponsored by the NYU Asian/Pacific/American Institute.

For more information, please contact the NYU Center for the Study of Gender and Sexuality at csgs@nyu.edu.

0 replies on “This Flame Within: Iranian Revolutionaries in the US”