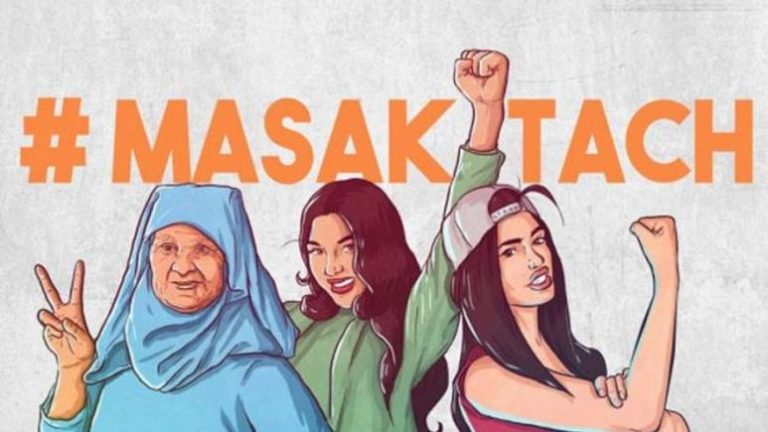 This event is free & open to the public. Venue is wheelchair-accessible.
For more information about this event, please contact the NYU Center for the Study of Gender & Sexuality at csgsnyu@nyu.edu or 212-992-9540.
Facebook event page here.
Co-sponsored by the NYU Asian/Pacific/American Institute; Center for the Study of Gender & Sexuality; Department of Media, Culture, & Communication; Hagop Kevorkian Center for Near Eastern Studies; & SouthAsia @ NYU. And by Sakhi for South Asian Women.

Zineb Belmkaddem is a Moroccan activist residing in the Washington D.C Metro area. She is a member of Masaktach collective against violence against women in Morocco and rape culture. Blamkadden is also a former writer/editor at Mamfakinch.com. She holds a Bachelor of Science in Conflict Resolution from State University of New York (SUNY).
Mona Eltahawy is a feminist author and activist. She is the author of The Seven Necessary Sins for Women and Girls and Headscarves and Hymens: Why the Middle East Needs a Sexual Revolution.
Tejaswini Niranjana is a cultural theorist with a special interest in gender/sexuality, translation, and the cultural history of Indian music. She is the author of Mobilizing India: Women, Music, and Migration between India and Trinidad (Duke UP, 2006) and Musicophilia in Mumbai: Performing Subjects and the Metropolitan Unconscious (Duke UP, forthcoming in 2020).
Kyla Pasha is poet and feminist activist based in Lahore. Her first volume of poetry, High Noon and the Body, was released in 2010. She is also the co-editor of Two Loves: Faiz’s Letters from Jail. She is a member of the Feminist Collective Lahore and co-founder of Chay Magazine (chaymagazine.org). She researches religious life and national structures interfacing with queerness; and is pursuing a PhD in Religious Studies at Arizona State University, focusing on ritual spaces and utopic longings in marginal Muslim communities. She is currently working on her second book of poems.
Sarah Suhail is a queer feminist organizer who is a member of the feminist collective and queer collective in Lahore. She currently researching movement building struggles of freed bonded women and Trans* women situated in structures of organized violence in Pakistan. She has worked with peasant, fisher-folk and queer movements in Pakistan and works on a number of issues regarding intersectional oppression and the politics of resistance. Sarah is also an advocate of the Lahore High Court and is the co-founder and editor-at-large of Chay Magazine: Sex and Sexuality in Pakistan, South Asia and Abroad (chaymagazine.org).